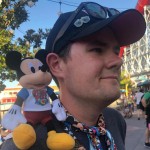 We explore the “Six Flags of Japan” home to the World’s longest coaster!

Nagashima Spa Land lies in Kuwana Japan around halfway between Universal Studios Japan and Tokyo Disneyland. In order to get to this park we had to take a bullet train from Osaka to Nagoya, fighting our way through the language barrier in order to buy a bus ticket that took us through rural Japan for 40 minutes until we finally arrive at Nagashima Spa Land. But what could make people go so far off the beaten tourist track? None other than the beast towering over the park’s entrance – Steel Dragon 2000. When it opened in 2000 it was the World’s tallest, fastest and longest roller coaster and though it may have lost it’s claim for the Tallest and Fastest, 17 years after opening it is still the longest coaster in the world coming in at 2,479m (8,133ft) of track reaching a max height of 97m (318ft) and a top speed of 153 km/h (95 mph).

There is more to this park than just one amazing coaster, this park has over 40 rides including a massive 13 coaster credits (If you manage to go on a day when every ride is open, more on this later).

There are a good variety of family rides spread throughout a few areas in the park. The highlights include a paddle boat ride over a pond of hungry fish, a number of small junior coasters that can be ridden by even the oldest coaster credit seekers and the world’s smallest and possibly cutest log flume ever. A surprising theme scattered around the park is Peter Rabbit which we weren’t able to figure out if it was a seasonal event, or permanent feature designed to increase family appeal but it was effective nonetheless.

This is where Nagashima Spaland really shines, their selection and variety of coasters and thrilling flat rides is world class. The parks wide choice of coasters obviously includes the aforementioned beast that is Steel Dragon 2000 but other highlights include a Togo Pipeline coaster (Which was unfortunately closed the day we were there), a flying coaster called Acrobat which is an off the shelf clone of Manta at SeaWorld Orlando, a recently closed wooden rattler known as White Cyclone, a recently opened S&S 4D coaster called Arashi (Again, closed the day we were there)  and possibly the strangest ride sponsorship ever seen “Peter Rabbit’s Shuttle Loop” the only Intamin shuttle loop still running in Asia.

These and a few more coasters are joined by a great but predictable selection of flat rides including a Star Flyer, Giant Frisbee, Power Tower and a first generation Freefall (Which, once again, was closed the day we were there). By attending during a quiet day in the offseason it meant that essentially every ride was a walk-on with the only real wait of the day being Steel Dragon 2000 at about 25 minutes. We managed to ride everything we wanted including re-rides in around 6 hours, I can’t think of any park I’ve ever been too as quiet at this one on this day.

Whilst a lot of the staff spoke very little if any English, all of them tried their absolute best to help out wherever they could. The park appeared to be running a skeleton crew numbers with a lot of rides including coasters being run with just a single staff member. Even with the skeleton crew it at times made it feel as if there were more staff than guests in the park.

This is where the park’s score takes a bit of a dive and steers my opinion towards calling this an Amusement Park rather than a Theme Park. The theming in the majority of the park is non-existent, rides are mostly named their official manufacturer title and the small bits of theming are mostly contained to a single ride with no sense of cohesion with other rides or the area around it. The park does thankfully have a lot of natural features with an abundance of trees to provide shade on those hot summer days as well as some nice water features that add some nice natural kinetics to the park. I think the best way to explain the park’s theming confusion is that the pirate ship ride is directly on top of their Western-themed Shooting Gallery.

The main type of merchandise at Nagashima, and at most Japanese Theme Parks, seemed to be these gift boxes of chocolates, biscuits, etc themed in some obscure way to either a ride or character from the parks. Neither of us purchased any of these packs at any of the parks we visited so what’s inside them is still a mystery to us! The park did, however, have a decent selection of Peter Rabbit merchandise as well as a small number of T-Shirts, Magnets and Keychains of the park and the rides within. Half of the exit gift store was, however, taken up by the generic Japanese souvenir items rather than park specific things. You can also purchase a wide variety of snacks and drinks which is a bonus for those lightly packed or rushed travellers.

Nagashima Spa Land is an incredibly cheap theme park to visit for the day. Whilst you can pay per ride which costs between 300 and 1000¥ ($3-10 USD) per attraction, the best offer for a day here is purchasing your park ticket from Meitetsu Bus Center at Nagoya station which costs around $60. This ticket not only includes a ride all day wristband but also your round-trip bus transport. This great value continues on within the park with our lunch including a main meal and a desert costing us around $7 which is unheard of in the theme park world.

The park has a really great atmosphere built by a consistency of both guests and staff members looking like they are really enjoying their day even with the sweltering heat. Though the park was incredibly quiet all the guests we did see looked super happy and almost as if it was a novelty to see two Australian’s exploring their park. With all the incredible coasters and flat rides the park also has some amazing mechanical kinetics and the best way to see them all is to jump up on the giant Ferris Wheel a nice air conditioned way to spend 20 minutes getting a great overview of the park and the attached waterpark and spa. For non-enthusiasts, the atmosphere of gigantic coasters and mechanical marvels may not be as appealing, but for us it was wonderful.

Whilst not a lot of the park’s signage is in English it’s not too hard to fight through the language barrier and apart from some questionable food translations (such as Potato and Potato Nugget) not once was there any major confusion. Speaking of food even though only a small stand was open on our attendance day, there appeared to be a big buffet-style restaurant in the middle of the park. But if theme park food isn’t appetising to you feel free to bring your own picnic and cook anything you need on the Teppanyaki style BBQ tables throughout the park.

The biggest issue with the park was the refurbishments, upon entering the park we were told that the new 4D coaster was closed which was fine and having an attraction down is expected but walking around the park we discovered that a lot more than just the one ride was closed. The park had three of its major coasters and a number of flat rides closed with nowhere outside the park advertising this as the case. It was a real shame as two of the big reasons we chose to attend was their Togo Pipeline coaster and their first generation Free Fall, both rides which are hard to find elsewhere in the world. We understand and appreciate the need for maintenance work it would just be better if we could find out this info before we entered the park.

In my opinion Experiences and Entertainment are what can take a great Amusement park and turn it into a spectacular theme park. Nagashima Spa Land was significantly lacking in these two areas, there was no Entertainment throughout the park on the day we were there nor could we see any areas where they could be Entertainment on busier days of the year. There was a Pokemon walkthrough experience themed to Sun and Moon in the middle of the park, though it wasn’t offered in English and the attendant looked frightened by the fact that we may stumble into the attraction.

Overall Nagashima Spa Land is a really great amusement park but lacking in some areas to make it a truly great theme park destination. However, I would not hesitate to recommend it to anyone looking for a Theme Park experience in Japan outside what’s on offer at Disney and Universal in terms of big thrills, rare attractions and an incredible day.